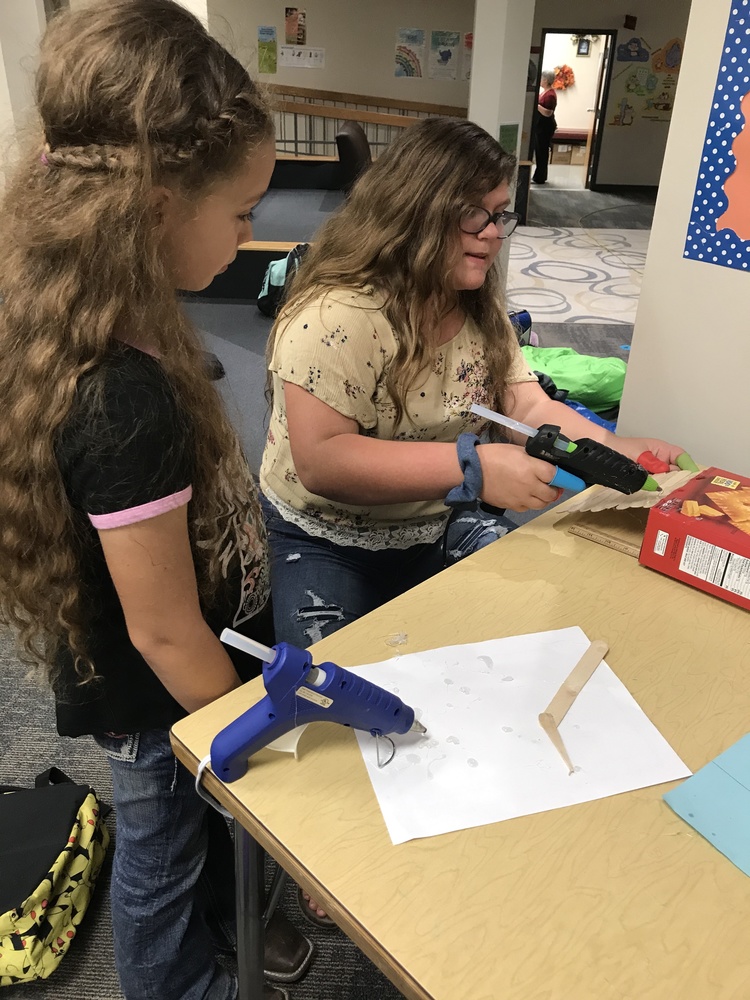 Mrs. Van Delft and Mrs. Hamlin have been working with 4th and 5th grade students on Wednesdays after school at MakerSpace. At Knox County, this after-school activity is described as a collaborative workspace in the elementary library where students are making, learning, exploring and sharing ideas. Perseverance is also a big part of Makerspace, as well as teamwork according to Van Delft. All projects are done in partners or groups so students have to compromise and brainstorm all ideas for creation together.

In order to participate, students had to return a signed permission slip from a parent stating they were interested in participating.The group of students meet every Wednesday, from 3:15 to 4:30. At the end of the eight week period, students gave a presentation of one of their projects to parents and other guests on the last night.

Mrs. Hamlin shared that during their meetings each week, students are given a task that they have to try and solve. The weekly challenges limit the materials students are able to use and also have time limits set for completion. One of the recent challenges involved coding and robotics. Students had to build a bridge with only a few select materials along with bridge height and length requirements. They then had to code a Sphero, which a robotic sphere, to drive across the bridge. Another example included a project to create something that would lift a Lego man out of the bottom of a box. Mrs. Van Delft added that if students were not successful in the challenge they are always asked what they felt they needed to make them successful the next time. She said students often answer with ’time’, yet the questioning is still valuable as it made the students think of the process and assess for the next challenge.