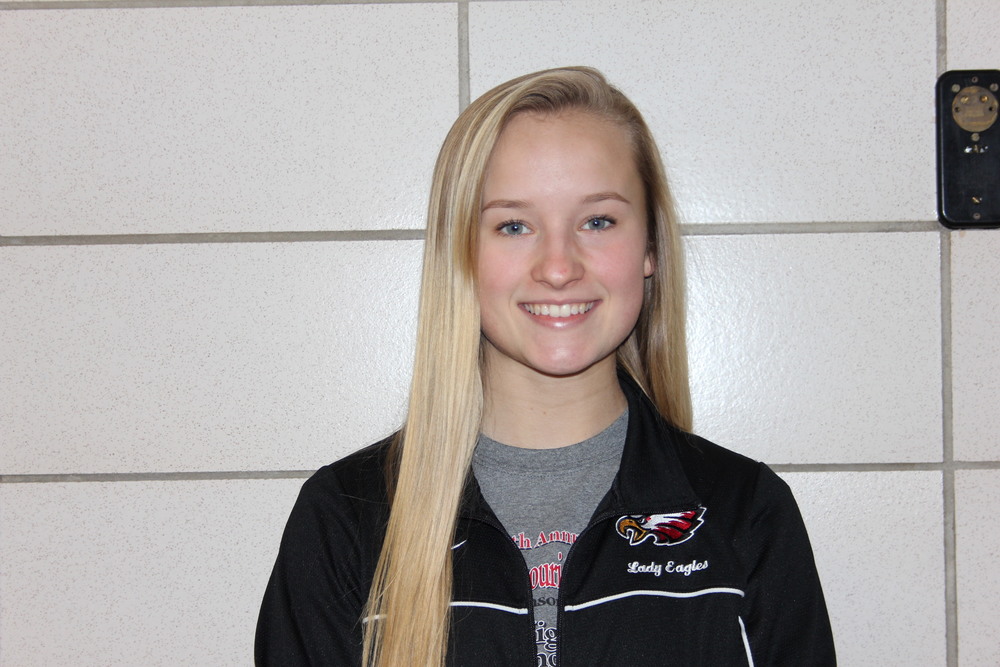 Jaiden Shaun Linebaugh is a member of the class of 2020. She is the daughter of Jonnie and Brian Primm and Steve Linebaugh. Linebaugh participates in basketball, FFA, dance team, track, Spanish Club, Eagle Nation News and she was football manager.

One of her favorite teachers would be Ms. McNabb because she never gives up on her students and pushes them to go above and beyond to succeed in school and life. Mrs. Greenley would be another one of her favorite teachers, because she is easy to talk to and she makes coming to school much more fun. The most influential person in Linebaugh’s life has been her mother. Although they do not always see eye-to-eye, her mother pushes her to be the best in everything that she does. Linebaugh said her mother has taught her to understand the importance and value of hard work. Linebaugh credits all of these things with what has made her the independent person she is today. When asked for three words to describe herself, Linebaugh said that she is athletic, motivated, and vibrant.

She said that she is most proud of going to the state track championships every year of high school and placing top 8 each year, as well as all of her other athletic and academic accomplishments that she has achieved while in high school. Linebaugh’s favorite school memory was at sectional track her freshman year. That year, Jessie Penn got heat exhaustion and Linebaugh ran in her place in the 4x400 meter relay. The team advanced and Linebaugh was able to run in the relay at the state championship where they placed 5th overall. This was the time where she became best friends with both Jessie and Becka Penn.

Linebaugh’s future plans include attending Northwest Missouri State University and running track for them. In 10 years from now, she sees herself being graduated from college and starting a career in either education or athletic training.