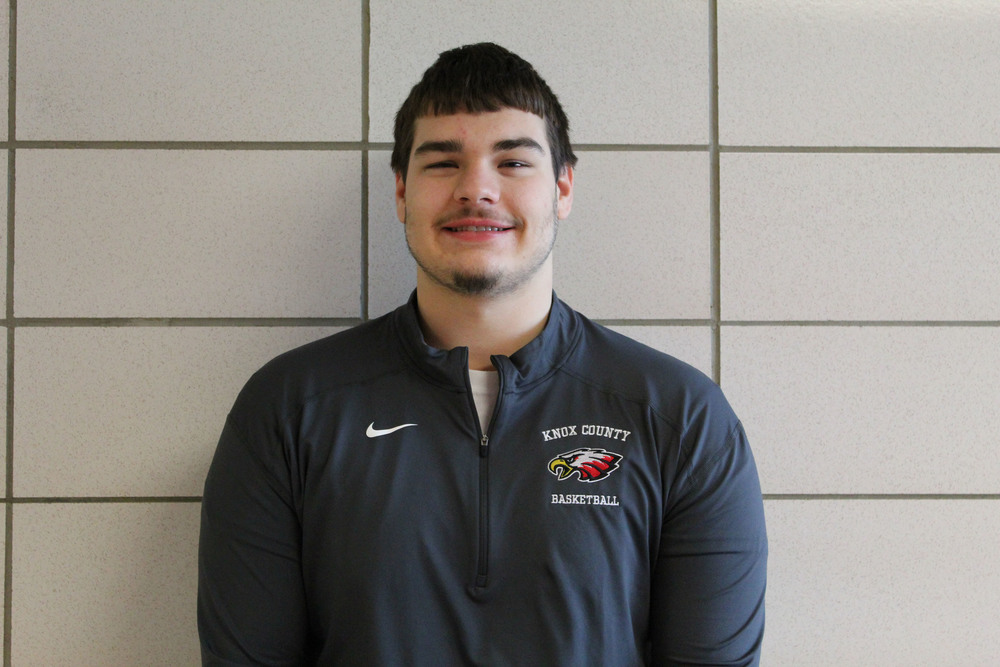 Robert Charles Mauck is a senior at Knox County High School and is the son of Sherri and Robbie Mauck. He is involved in football, basketball, track and field, Eagle Nation News, and Spanish Club.

In three words, Mauck described himself as athletic, funny and caring. When asked who his favorite teacher is, he said Mrs. Greenley. “She makes every day at school fun,” said Mauck. The most influential person in his life has been his mother. “She has always been there for me whenever I needed anything and she is always determined to get things done,” he shared.

Mauck also shared that he is most proud of the athletic accomplishments he has attained while in high school. These include breaking the Knox County High School Football Career Tackles record and being named a KRES Football All-Star his junior and senior year of high school. Mauck says his favorite high school memory also includes his time playing football. During his senior year, he and the football team beat the Westran Hornets for the first time since he’s been in high school and that was very memorable.

Mauck’s future plans are to attend college, major in Physical Education, and continue his football career. In 10 years, he hopes to have graduated from college and be working to become a football coach.