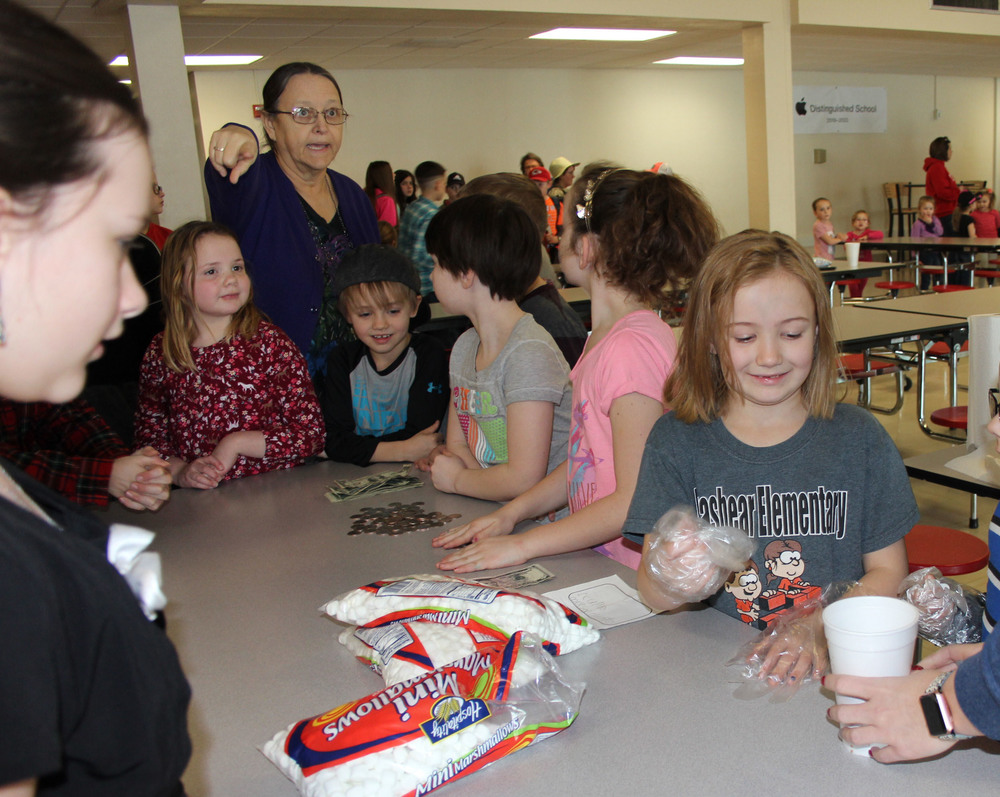 Before the hot chocolate sale could happen, the class had to get the word out about it. May said she told her class to come up with advertising ideas, and they came up with the idea to make homemade posters, as well as create posters on Pages using a template which May created for them. The students then hung the posters up throughout the district to let everyone know about the event. Mrs. Vannoy, the elementary principal also posted a message about the hot chocolate sale on the elementary Facebook page.

During the hot chocolate sale, May said her students were excited to see all of the other students who came out to support them, but they were feeling a little overwhelmed at the same time. The hot chocolate sale went well for the class, and they will be donating all of the money they made to the elementary school. May said that she believes throughout this unit, her students have learned that it is sometimes difficult to be a good citizen and in order to be a good citizen, sometimes you have to make sacrifices. Her class sacrificed their snack time to sell others hot chocolate, and when it was all over, her students did not get any hot chocolate due to time constraints caused by the overwhelming popularity of the event. May said she was proud of her students for being willing to sacrifice their snack time and the great work they put forth during the event.