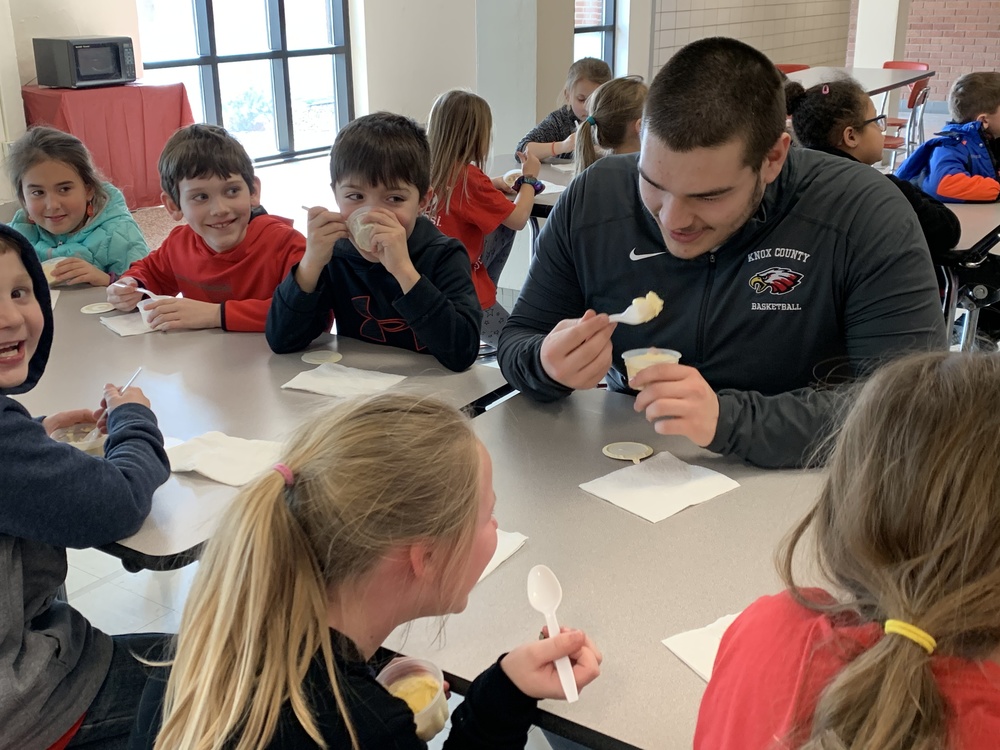 Elvis Eagle Reading Club members enjoyed an ice cream treat with high school basketball players and cheerleaders on Friday, January 31. Elvis Eagle Reading Club is sponsored by the Knox County Middle School Student Council. In order to become a member elementary students had to read at least 200 minutes during the month of January.

Elvis Eagle Readers will be recognized at the Courtwarming games against Schuyler County, as well as get into the game free.