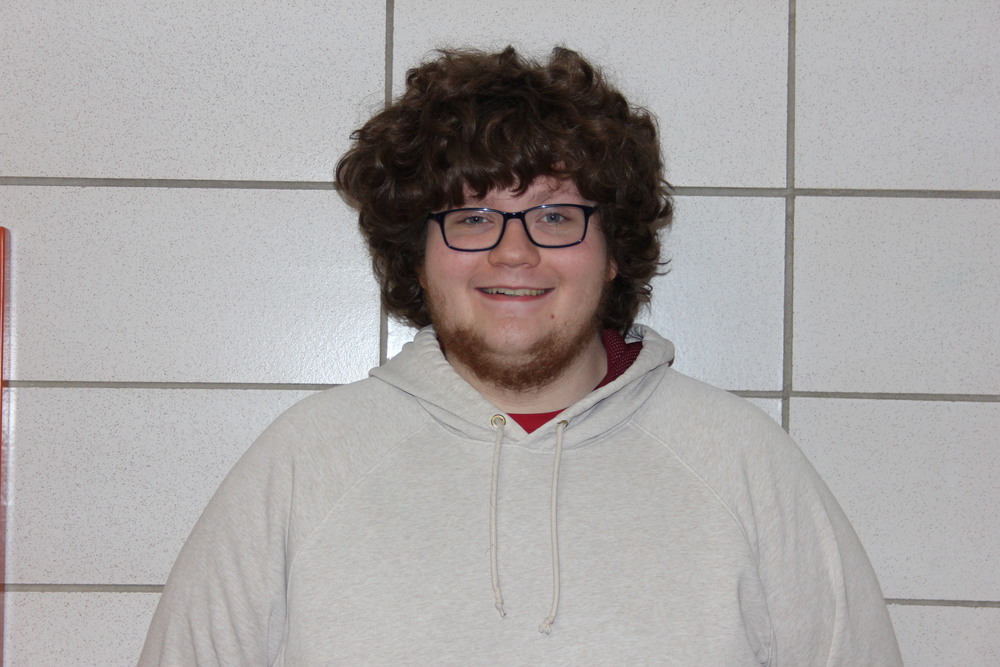 Calvin Leon McCarty is a senior in the class of 2020 at Knox County R-1 High School. He is the son of Leon and Mary McCarty.

McCarty is the Varsity Boys Basketball Manager and is involved in football and Spanish Club. Three words he would describe himself as are easy-going, determined and resourceful and he says his favorite memories of high school were from his senior football season.

McCarty shares he is most proud of his car. “I’ve put a lot of work into it to keep it running for a long time, and it hasn’t disappointed me yet,” he replied. When asked who his favorite teachers are, McCarty said, “Mr. Kerr and Mr. Green are my favorites because they have always given me good advice and have helped make high school a good experience.”

The most influential person in McCarty’s life has been his grandfather because he has taught him to never give up on his dreams. “He started off just like everyone else, but he went on to start his own business and a farm that lasted 60 years,” he said.

McCarty’s future plans are to attend a welding school and possibly take the time to further his education to become a weather reporter. 10 years into the future, he hopes to have a career as a welder and with a good paying job, living wherever the job takes him.