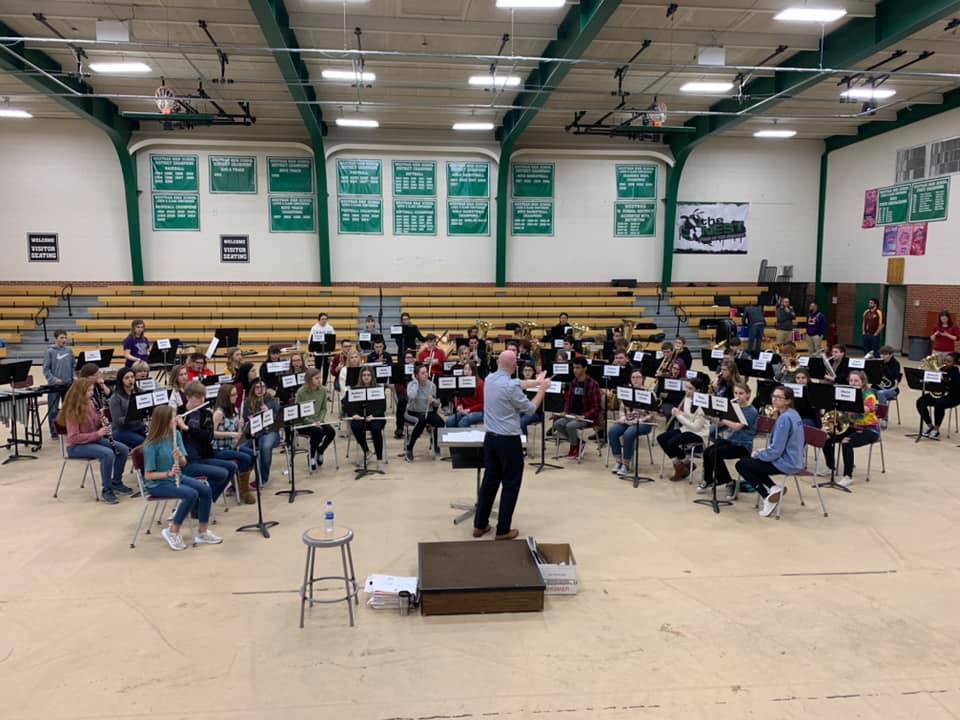 On February 10, three students, Arysta Snyder, Maria Andronachi and Daniela Dooley from the high school traveled to Westran High School for conference band. During conference, Snyder was placed 2nd chair for clarinet, while Andronachi placed 5th chair for percussion and Dooley placed 7th chair for percussion. These three students were chosen by the band teacher Ms. Blake to participate. In order to be chosen to go to conference, the students had to prepare scales and etudes for their chair placement audition. Blake said conference band went well for the students and she was proud of how they placed.

On February 15, two middle school band students, Agnes Reel and Baila Miller went to district band. Reel placed 12th chair and Miller placed 13th chair out of 24 clarinets. Blake said the traditional audition for chair placement was canceled due to the snow, so the students had to audition online. She also stated even though the students had half of the rehearsal time they normally would, they did really well during districts and she was proud of how they placed.