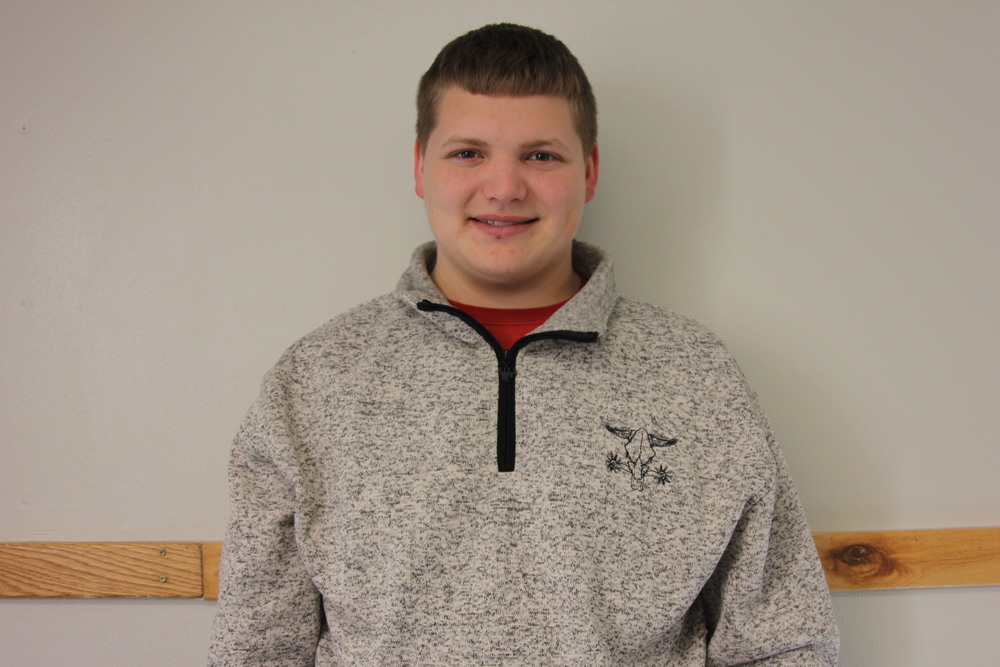 Jared Michael Peavler is a senior at Knox County this year. He is the son Michelle and Mark Peavler.

Peavler is a member of the Knox County FFA and trapshooting team. Peavler said that his favorite teacher would have to be Mrs. Greenley, because he enjoyed her class and she was a great teacher. Peavler said that he would describe himself as outgoing, hardworking, and honest. He also said his mother has been the most influential person in his life and that she has always been there for him.

Peavler’s future plans include going to a higher place of learning to either be a lineman or a heavy equipment operator. He is not sure exactly where he will be in 10 years, but he hopes that he will graduate from a school that has his area of training.