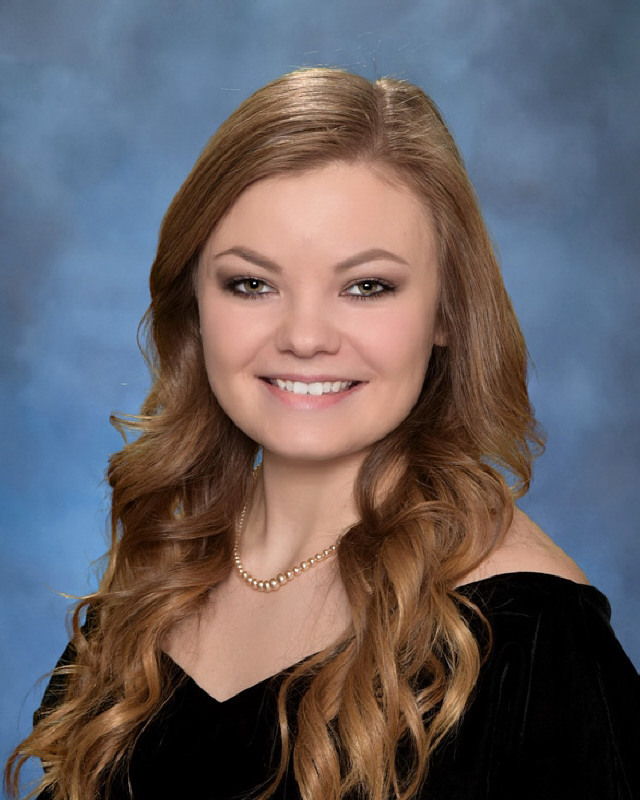 In three words, Violette describes herself as determined, strong-willed and loving. Her favorite school memory was during her junior year in Chemistry. “I can’t remember what it was but I was heating something up and instantly putting it on a scale, burning it,” said Violette. “I tried to hide it but Mrs. Barnhill found out about it and just laughed at me.”

When asked who her favorite teacher is Violette said, “I can’t pick just one so I have to go with Ms. Mallett and Mrs. Barnhill.” She mentioned that Ms. Mallett has made a huge impact on her life, not only through FFA, but through their close friendship. “Ms. Mallett has always been there for me, pushing me and believing in me no matter what,” she stated. Mrs. Barnhill has also made an impact on her as well. “At first I thought she was pretty mean, but then we got to know each other and I have cherished our bond ever since,” said Violette. Mrs. Barnhill was always patient with her and made sure she understood the topic she was teaching before moving on to the next. “Both of these teachers will always be a huge part of my life as they were during high school,” she stated.

Violette is most proud of all of her accomplishments throughout FFA and high school, as well as being able to manage a job while being a full-time student.

Violette shared that she has had many influential people in her life such as her family and close friends, but the one person who influenced her the most was her grandpa. “He passed away two and a half years ago, but I remember everything he ever told me and everything he taught me,” she said. “He made sure that I would be ‘set’ in the future and because of him, I know I will be.”

Her future plans are to attend MACC to study Animal Science, then further her education to become a Certified Veterinary Technician. In 10 years, Violette plans to be married, working with animals and beginning to start a family.