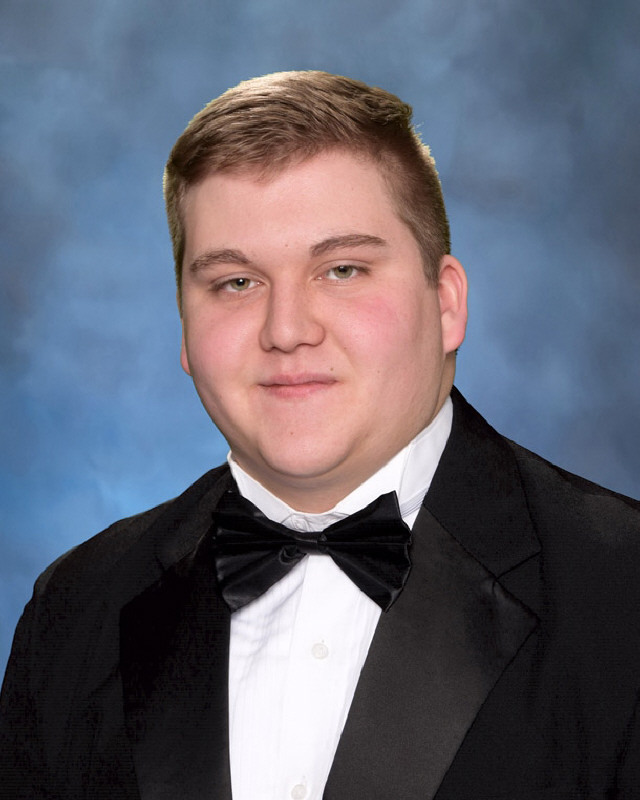 Zachary Ervin Winter is the son of Rick Winter and Scherry and Jeff Hamlin. He is a member of the graduating class of 2020 at Knox County. Winter is involved in band, Upward Bound, and Campus Bowl.

Winter’s favorite teacher is math teacher, Ms. Amy McNabb, because she never gives up on him and no matter how many times he is late to class or Campus Bowl practice. She still has faith in him and wants him to succeed. His favorite school memory would be the three weeks we were out of school for the snow during his junior year.

Winter says he does not know where he sees himself in ten years. He is most proud of being a kind person. Three words that Winter would use to describe himself would be: compassionate, positive, and forgetful and the most influential person in Winter’s life is his father, Rick Winter.

His future plans include attending Truman State University, however he is undecided on his major.