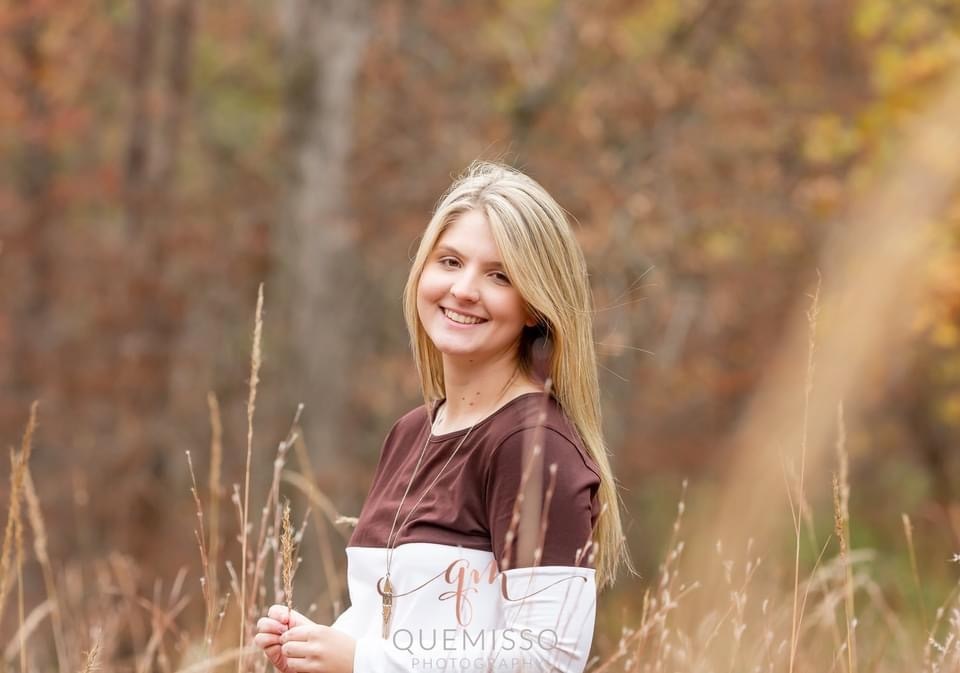 Campbell says she is most proud of her academic achievements at school. She also shared that her favorite school memory was going to state in softball during her sophomore year. Many teachers have played important roles during Campbell’s academic career, however, she says her favorite teachers are business teacher, Mrs. Wriedt, and ag teacher, Ms. Mallett. They are very supportive and there when she needs them.

Three words that she said would describe herself were “independent, smart, and trustworthy.” The most influential people in her life are her parents. She says, “They have always been there for me and I’ve always used them as an example to influence my choices.”

In 10 years, Kaitlin sees herself graduated from college and living on a farm with lots of animals. Her future plans are to attend college in Missouri and study agriculture.