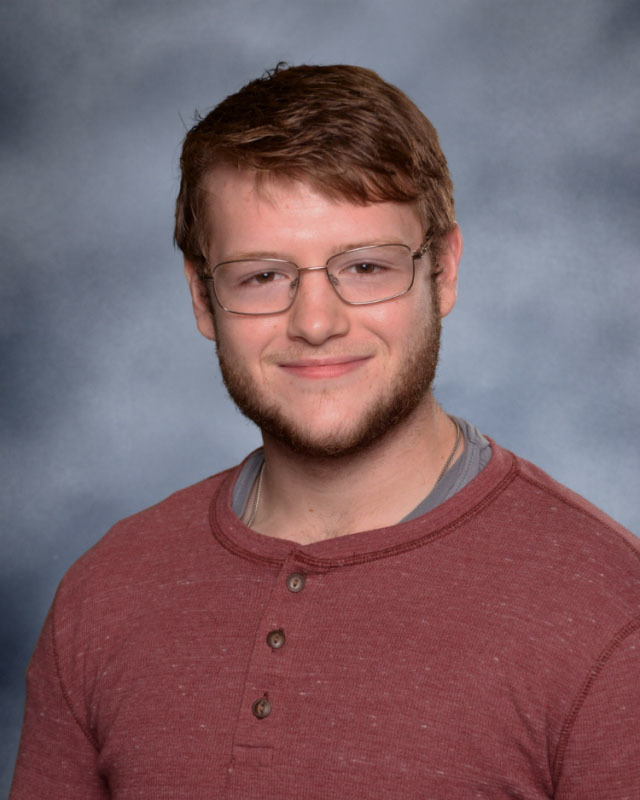 Matthew Dean Carlson is the son of Randy and Kelley Carlson. He is a member of the graduating Class of 2021. Carlson is involved in football, basketball, track and field, Student Council, National Honor Society, Spanish Club, and weights.

Carlson’s favorite teacher is business teacher, Mrs. Wriedt. He says she has helped him a lot in making wise choices for his future plans, and she is really chill and fun-loving. His favorite school memory was his freshmen year playing football with his older brother. During a game, they both sacked the quarterback at the same time and everyone came and praised them together.

He is most proud of his success in football and in achieving his personal goals. Carlson describes himself in three words: determined, passionate, and gritty. The most influential person in his life is God because he has helped him through a lot of hard times and has always led him on the right path.

Carlson says his biggest achievement is accomplishing his personal goals of understanding himself and his physical physique. He thinks that self-love, in the hardest of times, is one of the most difficult things to achieve. Using his struggles to understand himself led him to his achievements of being confident, determined, passionate, and bettering himself. He believes achieving self-love developed his personality greatly, which created the man he is today. So his biggest achievement is using his self-love to develop and work on himself, not only physically but emotionally and mentally too.