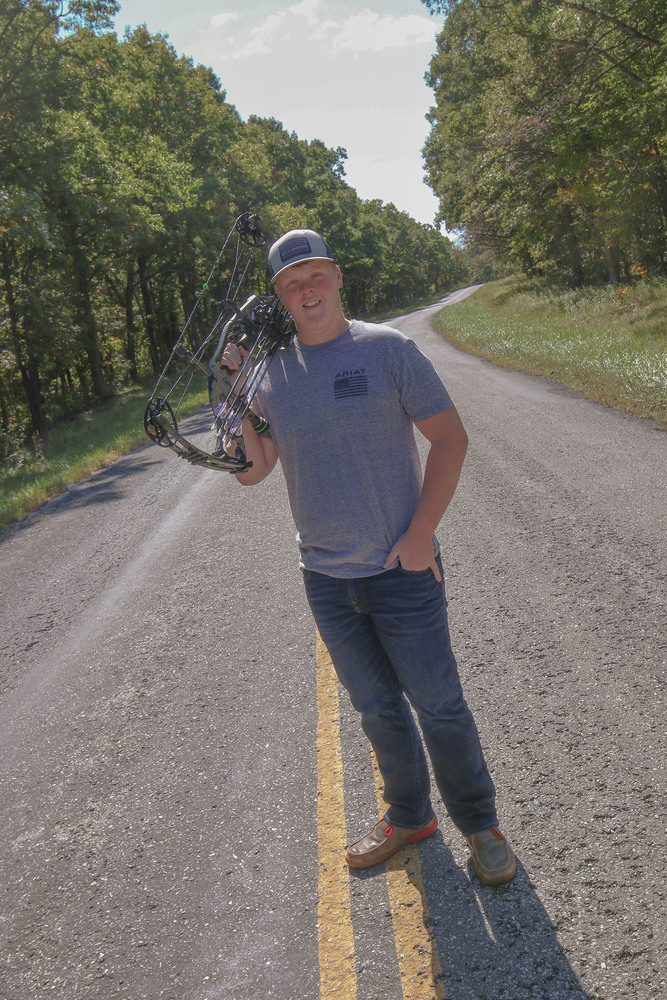 Hubble shared that he has had many teachers that have made an impact on him the past 4 years. Business teacher, Mrs. Wriedt, and Industrial Technology, Mr. Green are at the top of his list. “They’re my favorite teachers because they both teach hands-on skills. They are really easy to get along with and teach very important skills. These skills include cooking, welding, woodworking, and electrical work.”

Hubble’s favorite school memory is when they had to cook bacon during the FFA Pancake Breakfast when he was a junior. He said, “We started cooking at 4 am and didn’t stop for 4 hours straight. We had to cook 50 pounds of bacon in order to keep up with the customer flow.”

The most influential people in Hubble’s life are his mom and dad.  “They always put me in the right direction when I am struggling in life. They keep my head held high in the lowest of times,” he shared. Hubble says is most proud of keeping A’s all four years of high school and would describe himself are smart, laid-back, and sarcastic.

Hubble’s future plans are to attend Indian Hills Community College and pursue a career in the natural resources field as a Soil Conservationist.