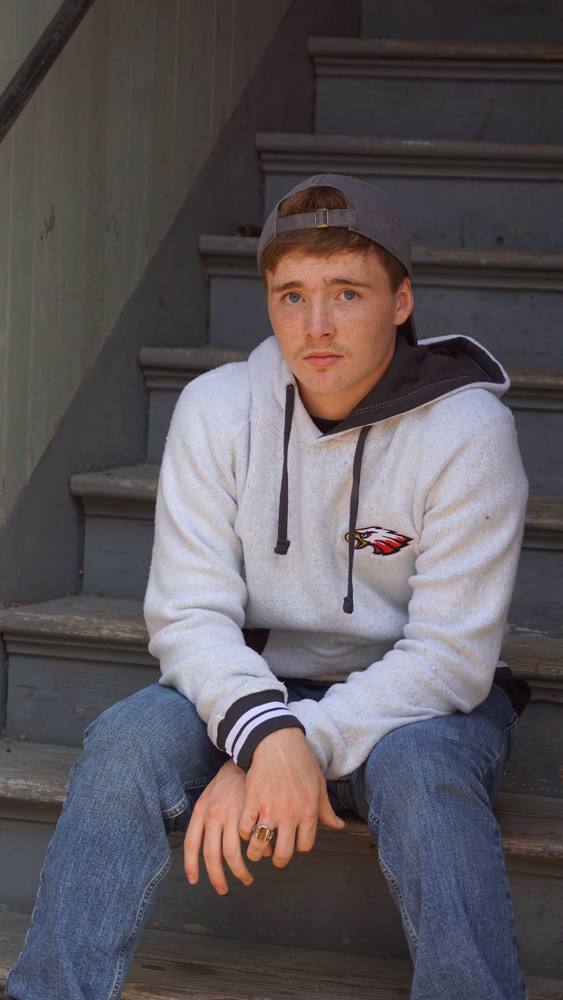 Elliott Ogden is a senior at Knox County High School. He is the son of Elizabeth Ogden and the late Jason Ogden. Ogden has been involved in many extracurricular activities over the years. He participates in football, basketball, baseball, track, Campus Bowl, Fellowship of Christian Athletes, Future Business Leaders of America, Spanish Club, and National Honor Society.

Ogden had many memories in high school, however, his favorite memory was from chemistry class. He said “My favorite memory happened during my sophomore year. My friends and I were doing an experiment in Chemistry. Mrs. Barnhill said someone forgot to take out their yeast bottle from the incubator the night before. My friend comments, 'I wonder what idiot did that.' Turns out it was my friend's group.” Ogden also shared that he doesn’t have a favorite teacher because they have all helped him throughout high school; all of the teachers have challenged him in many ways and taught him how to overcome them.

Ogden is most proud of getting the opportunity to do the things he loves such as playing sports. He describes himself as hardworking, helpful, and passionate. Ogden says that his mom is the most influential person in his life because she has always been a person he can go to with anything. She has always supported him with all of his decisions and continues to help him make decisions about his future.

In 10 years, Ogden sees himself married and with a job in education teaching mathematics. His future plans include going to Truman State University to pursue an education degree.