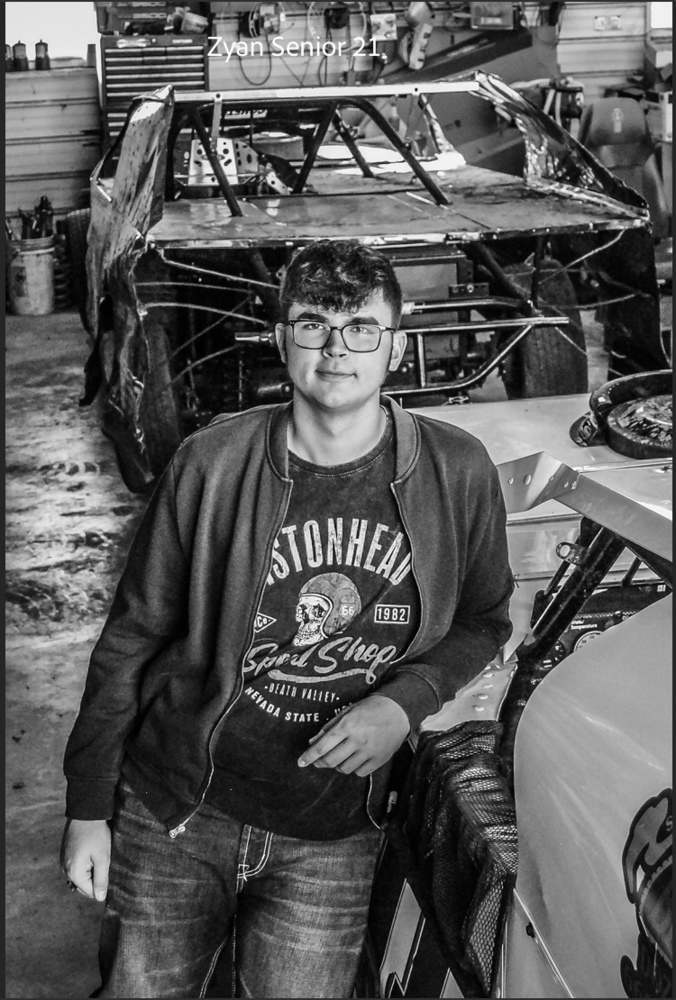 Zyan Riley Triplett is a senior at Knox County High School. He is the son of Daryn Triplett and Josh and Jennifer Brummit. Triplett has been involved in extracurricular activities over his high school years, including track, baseball, football, Spanish Club, Art Club, trapshooting, and FFA.

His favorite school memory is sitting at his lunch table with his friends. Triplett’s favorite teacher in high school has been his art teacher, Mrs. Lucas because they both share an interest in art.

Triplett shared that he is most proud of his truck that he pulled from a field and rebuilt himself. "It was a 1966 Chevy C-20. I completely rebuilt it to running order and recently sold it."

He describes himself as creative, funny, and mechanically inclined. Triplett says that his mother is the most influential person in his life because "she has supported everything I have done and we both share the same interest in art."

Triplett's future plans include attending Missouri State University and getting his degree in mechanical engineering. In 10 years, he sees himself working with a career in that field.