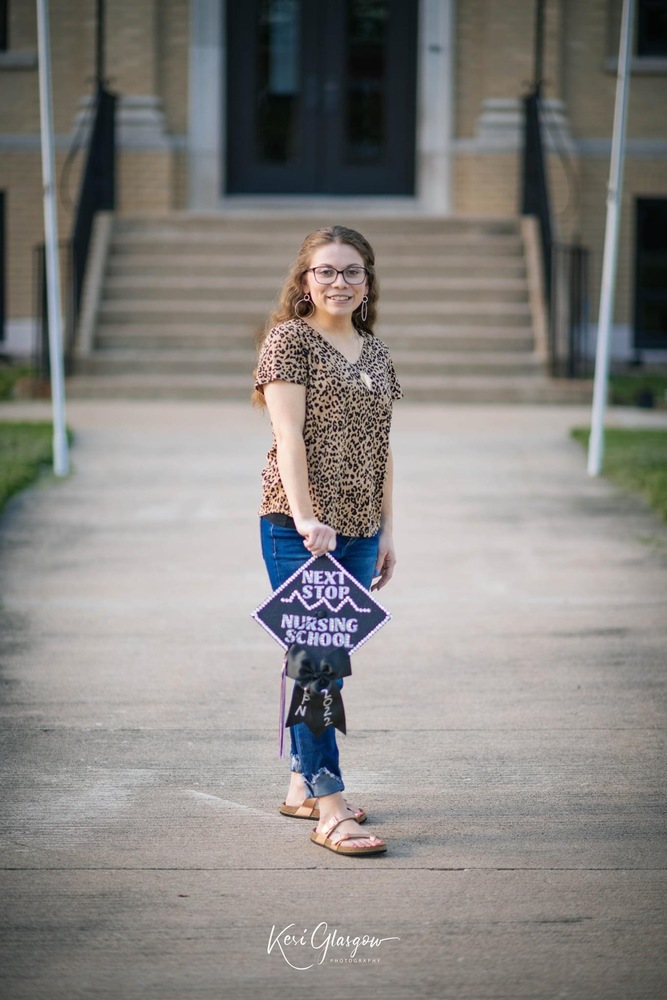 Lani Marie Watts is the daughter of John and Amy Watts. Watts is involved in National Honor Society, serves as FFA president, president of Student Council, yearbook editor, and football and basketball cheer.

Watts says her favorite teachers are English teacher, Mrs. Greenley, business teacher, Mrs. Wriedt, and high school counselor, Mrs. Parrish. She says they have made a difference in her life and her education in a variety of ways. “They have always been there for me and have been such great role models in my life.” Watts also shared that her favorite school memory is when she went to FFA National Convention in Indianapolis, Indiana. “The first year I went we were able to see Garth Brooks in concert. We also were able to experience different leadership workshops,” she said.

Watts describes herself as caring, willing to give to others, and respectful. The most influential people in her life are her parents because they push her to do her best and never let her fail. “They are the best," she said. "They encourage us to give it our all and follow our dreams. They say nothing is stopping us and we can accomplish anything we set our minds to.” Over the years, she is most proud of being able to be successful by herself and how she chooses to not let others influence her decisions in negative ways.

Watts's future plans are to attend Kirksville Area Technical Center to get her LPN. In ten years, Watts sees herself working in a hospital on the OBGYN floor or in a clinic working for pediatrics.