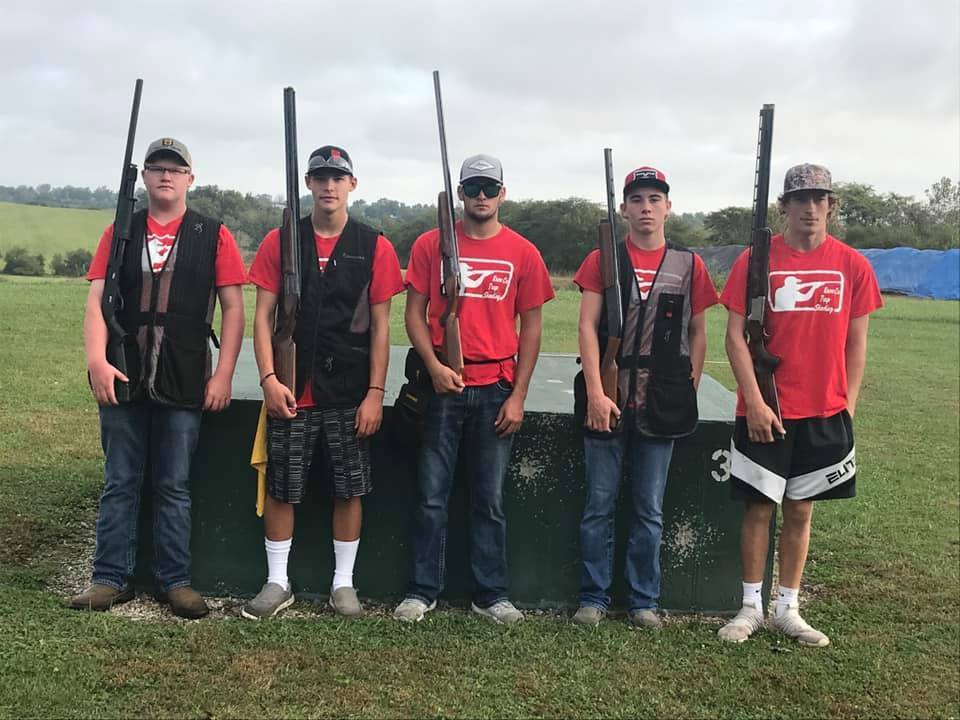 The team traveled to five meets this year. Meets took place at Madison, Schuyler County, Memphis, Mexico, Paris and the Area 3 shoot. The team placed high at all of their meets. They came away with a 1st place finish at the Paris FFA meet and the Madison FFA meet. The top ten shooters from the season participated in the Area meet on September 28 and placed 2nd overall. This included Carter Marble, Braydon Miller, Elijah Ward, Rylan Roberts, Blake Parrish, Kellen Parrish, Ryan Hall, Tyson Gilbert, Reice Miller and Grant Parsons. Carter Marble also placed 2nd individually at the Madison meet and the Area meet.

Following the Area shoot, the five shooters placing the highest moved on to participate in the district meet. Carter Marble, Elijah Ward, Blake Parrish, Ryan Hall, and Reice Miller competed and placed 10th out of 21 schools while shooting a 450 for the day.

Coach Becca Mallet said that the most improved shooter was freshman Grant Parsons. “At the beginning of the year he was shooting in the high 30’s out of 50 and by the last shoot of the year he was in the mid 40’s,” she said. She also shared that the MVPs this year are the three seniors.

Trapshooting is a sport available to any FFA member to participate in. When shooters attend a meet, there are 5 total spots to shoot from. You start at one spot, shoot 5 birds, and then rotate to the next spot to shoot at 5 birds again. This process continues until the shooter has completed all 5 spots. Shooters complete two rounds totaling 50 birds each meet.