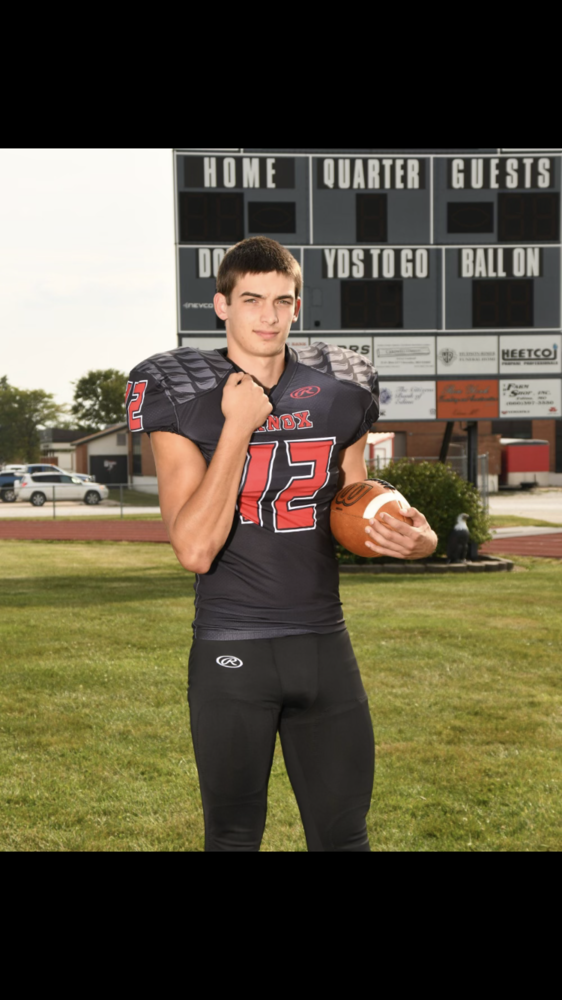 Jacob Marvin Becker is a senior at Knox County High School and is the son of Robert Becker and Anna Scott. He participates in football, basketball, track, Spanish Club, and serves as secretary of the senior class.

The highlight of Jacob's senior year has been playing football. His coach, Mr. Vannoy, has been instrumental in his high school career. Becker shared that coach Vannoy is also his favorite teacher because he has enjoyed Vannoy's classes and he currently works in his classroom as his SAM student. He also shared that Micheal Jordan is his idol because "he’s an absolute legend."

Jacob says when he has free time, you can find him outdoors. His main activities are hunting, fishing, and many other things. Something on his bucket list would be to go skydiving.

While Jacob says that senioritis has hit, he realizes that he's not quite done. “The most challenging task as a senior is trying to figure out what college to go to,” he said. He is proud to share that he has never used an excuse to get out of doing his homework which has led him to earning straight A’s all four years. Jacob’s advice to the incoming freshmen is,” Have fun. It goes by fast.”

In 10 years, Jacob says he wants to have a good job, a family, and to live in a nice house. He has not decided what he’s doing with his future plans, however, he does plan to attend college.