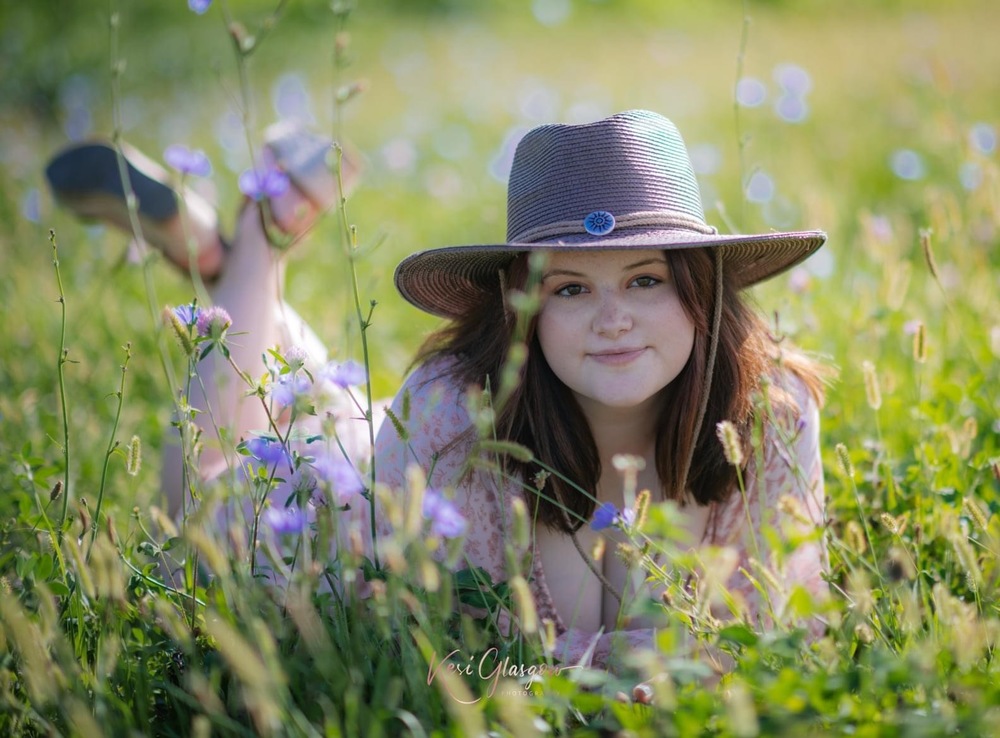 Angel says that her favorite teacher is Mrs. Parrish, the school counselor. Angel says that Mrs. Parrish has grown to be her comfort person whenever she needs help. Her favorite school memory was the overall experience of going to prom last year. It ended up being something she really enjoyed. She would describe herself as, “loud and obnoxious.” After further thinking, Angel also said, “I also think that I’m pretty happy-go-lucky and easy-going.” Her friend, Zoey Rack, describes her as caring and hard-working, and she says that Angel will have no problem achieving her goals.

She says she tries her best to be positive at all times. The most influential person in Angel’s life is her father because he has always been there for her.  She says that she is most proud of her steadily improving her mental health and that she is in a better place.

Three things on Angel’s bucket list are to one day have a family, have children, and travel the world. Angel says that the most important thing she has learned from her school experience is, “People are gonna talk about you no matter what.” Angel says following graduation the thing she will miss most is being comfortable around others enough to be herself. Lastly, she said that she would like to be remembered as a nice person.

Angel plans on attending college to major in Elementary Education. In the next 10 years, she hopes to be graduated from college, have a steady job in an elementary school somewhere, have a family, and be successful by meeting her goals.