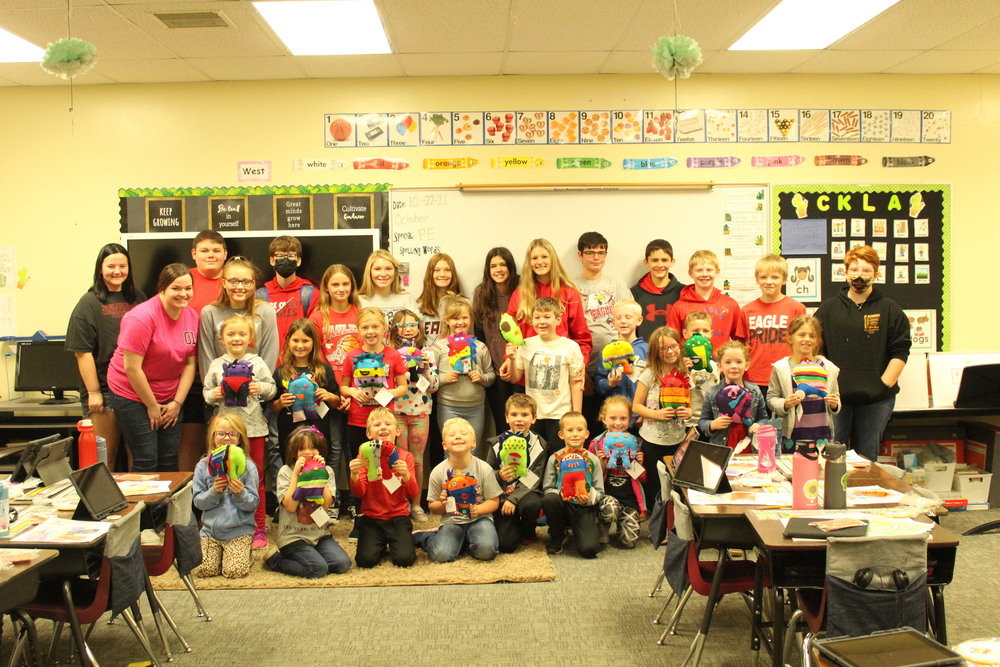 The Monster Mash: Teachers and Students Collaborate to Bring Monster Designs to Life

The Monster Mash: Teachers and Students Collaborate to Bring Monster Designs to Life

Since the beginning of the school year teachers throughout the Knox County school district have been collaborating on a project that would teach a variety of standards while sparking creativity from students in the elementary to the high school. Today, October 22, students from Mrs. Setzer’s first grade class will be taking home their stuffed monster which was designed by themselves. Along with their monster, they will also be taking home a cookie, a keychain and their design work.

1st grade teacher, Mrs. Setzer has been working with SWAT teacher, Mrs. Barnhill, librarian, Mrs.Van Delft and FACS teacher, Mrs. Huchteman on this effort. Together, they and their students all had a hand in the process of making stuffed monsters for the first grade students. Mrs. Huchteman came up with the idea for this project from a FACS group she is a member of and had also completed it several times at her previous school. It was always a hit there so she shared the idea with Mrs. Barnhill at the beginning of the school year. After some brainstorming, they came up with several ideas of how to add even more components to the project.

The project began with Mrs. Setzer's class reading “The Little Book of Monsters.” Her class then talked about the character traits of the monsters and what they looked like. The students were then given a template of a monster body and were allowed to design their monsters however they wanted. Mrs. Setzer said that her favorite part about her class getting to create these monsters was that it was exciting to see all of the students’ creativity. Once the first graders finished coloring and designing their monsters, Mrs. Huchteman’s classes began working on bringing them to life by creating actual stuffed monsters for the first graders.

The seventh grade sewing class hand-stitched the monster tops and used buttons as eyes and decorative pieces. It took them about a week to sew the tops of all the monsters. Before beginning to stitch, the students had to cut out the body using colored felt pieces and piece together the design. Sophomore, Marilyn Mercer, a student in Apparel Construction class also helped create the monsters. Mercer said the hardest part about her role in the monster making was cutting all the right shapes out of fabric for the monsters. She also shared that she found that it was relaxing and enjoyable to sew the monsters together.

While the monsters were in construction mode, Mrs. Van Delft helped the first graders create voices for their monsters. They made the voices in the app, GarageBand on the iPad. Some struggles the students had while creating were using a new-to-them app and navigating through the app, but they also had a great time giving their monsters a name and sharing their favorite things. Once the recordings were made, Mrs. Van Delft uploaded them to a sharing website so anyone can hear the monster’s voice.

The final process of the monster creation was completed by Mrs. Barnhill’s SWAT (Students Working to Advance Technology) class. The SWAT students worked in the Print Shop to create keychains for the first graders. SWAT made a QR code to put on the one side of the keychain so the kids can scan it with any device and listen to their monsters' voices. The QR codes were printed on the new sublimation printer and were pressed by the 7th graders. The 7th graders also created a sublimation of the monster by taking a picture of the first graders’ designs and used those on the other side of the keychain.

The high school Foods class also joined in the fun. They baked pumpkin-shaped sugar cookies and then decorated them. Dylan Powers said, “With edible markers made from food coloring we drew their monster on the cookie and colored it in. We also added the monster name by using the monster’s favorite color to write the name.”

All of the students involved in the project had the opportunity to deliver the monsters to Mrs. Setzer’s class this morning. The first graders were excited and happy to see the monsters. 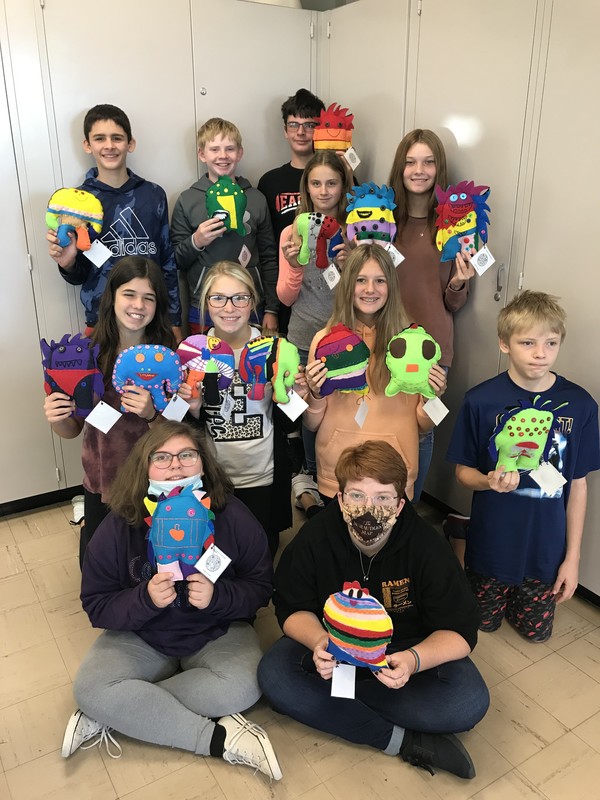 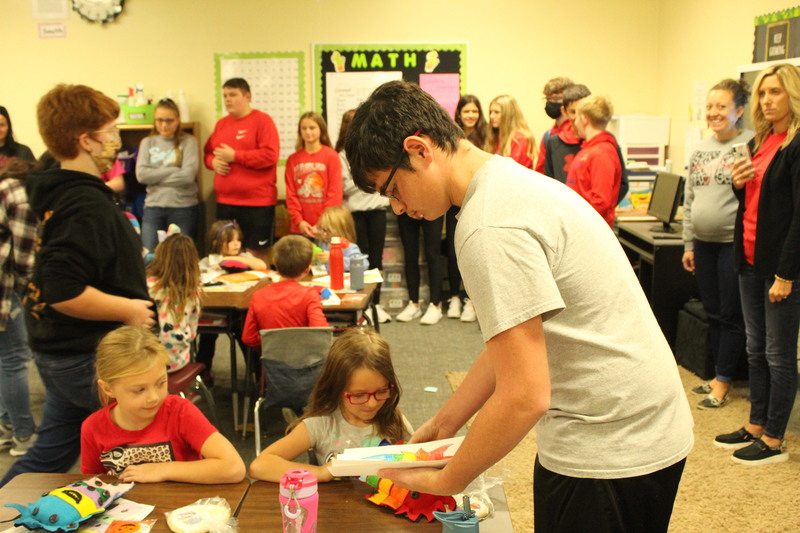 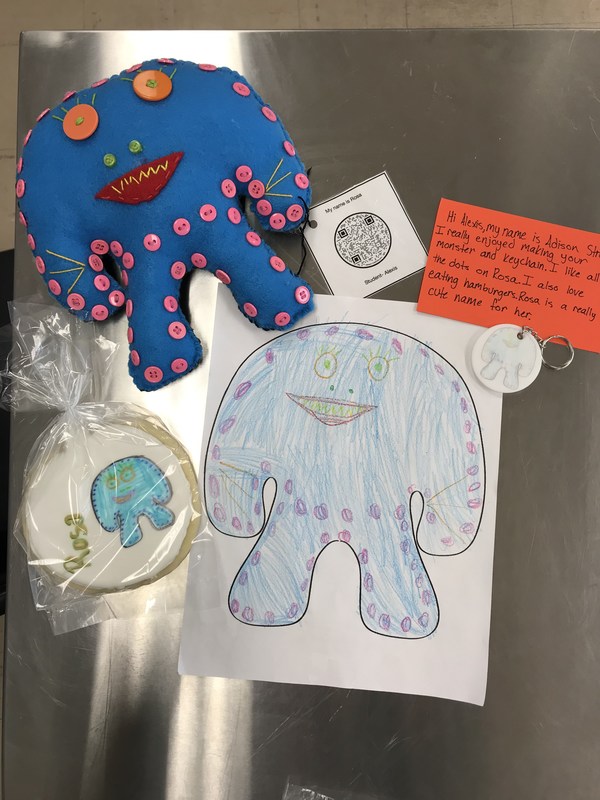