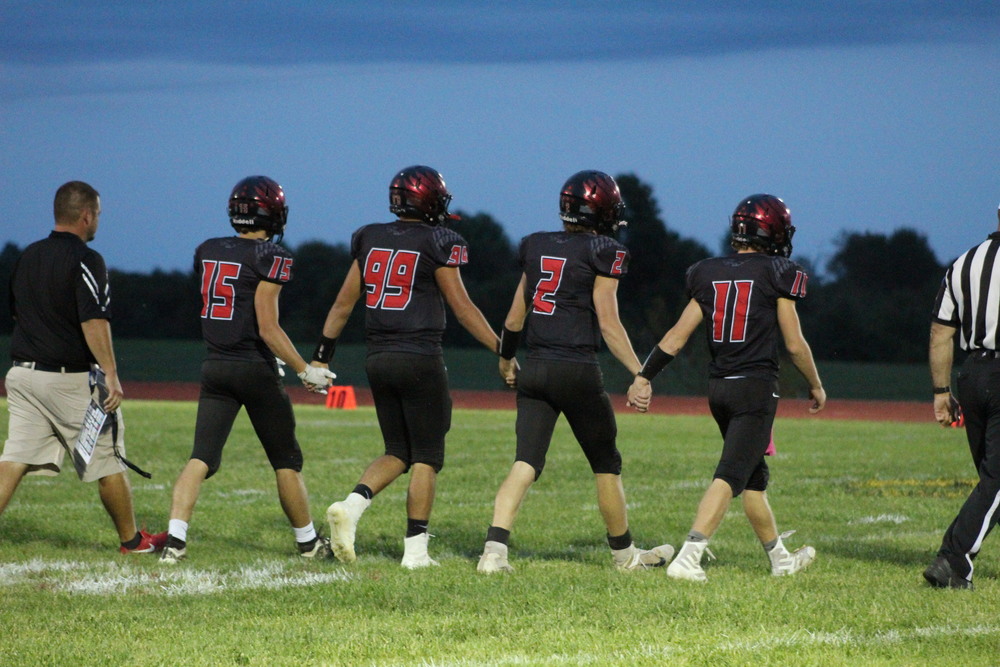 In their first year of 8-man football, Knox County head coach Bruce Vannoy was very pleased with the decision. Vannoy said, “I think it is a great transition for us. We are lucky enough to have a very talented team this season which has made the transition easier than it could’ve been. The most important thing is it has provided us with depth. We have been able to play mainly upperclassmen and give our younger guys some experience in JV games and at practice before playing them at the varsity level.”

The Eagles finished the season up with a record of 6-2.  The only losses the team suffered were to undefeated, state-ranked North Shelby and a strong Northwest Hughesville team. Despite the team facing many injuries throughout the season, they were able to come out with a winning season.

Knox County first sounded the alarm beating the 7th ranked team in the state, Saint Paul Lutheran. Vannoy also stated, “St. Paul was the win we have been looking for all season as a program. I couldn’t be more proud of our guys. They played a physical, hard-fought game for 4 quarters. It will undoubtedly be another hard-fought game if we get a chance to play them again.”

Heading into Districts as the two seed,  Vannoy visions no room to slack. He shared Santa Fe is about as tough of a seven seed as we could’ve drawn in a first-round game.” Vannoy likes the position his Eagles are in and is looking forward to how it will play out. The Knox County Eagles are set to take on the Santa Fe Chiefs at 7:00 p.m., November 5 at Ella Campbell field. The student section theme is “Blackout.”