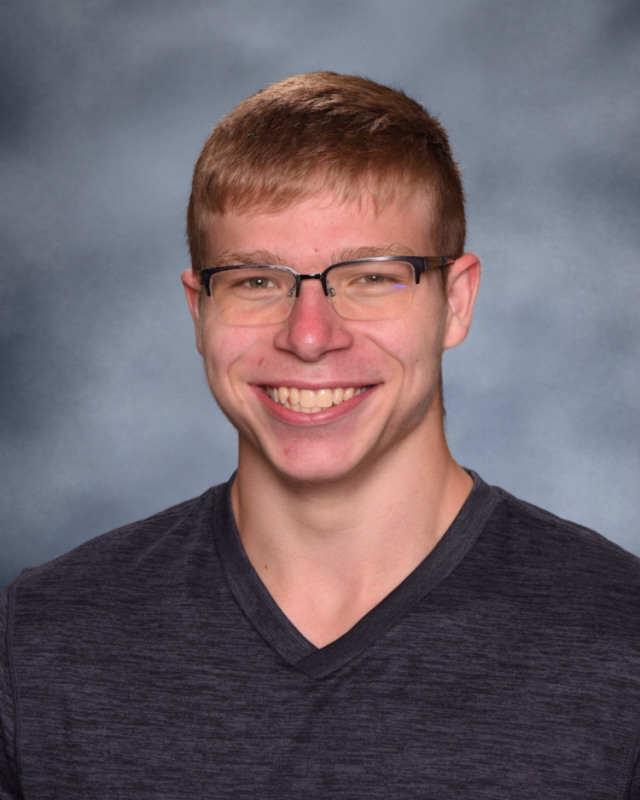 Tanner Gillaspy is a senior at Knox County High School. He is the son of Greg and Nancy Gillaspy. He has been involved in football, basketball, track, Campus Bowl, FCA, and FBLA.

When asked what his favorite memory throughout high school was, Tanner replied that he enjoyed playing sports with his friends.  He also shared that the most important things he has learned in school were from his teachers and coaches. They have taught him many life lessons and taught Tanner what the real world is like inside and outside the classroom. Looking back to his freshmen year when he first started high school, Tanner wanted to be remembered as a great athlete. Now, he wants to be remembered as a great student.

Mr. Vannoy is Tanner's favorite teacher since he is also his coach for football. Tanner described Vannoy as a great role model and leader. The most influential person in Tanner's life is his father. Tanner said that his father is a hard worker and takes life seriously. When thinking about his future, Tanner wants to have the same work ethic as his father.

After high school, Tanner plans to attend college and become a Software Engineer, however, he doesn’t know where he wants to go to college yet.