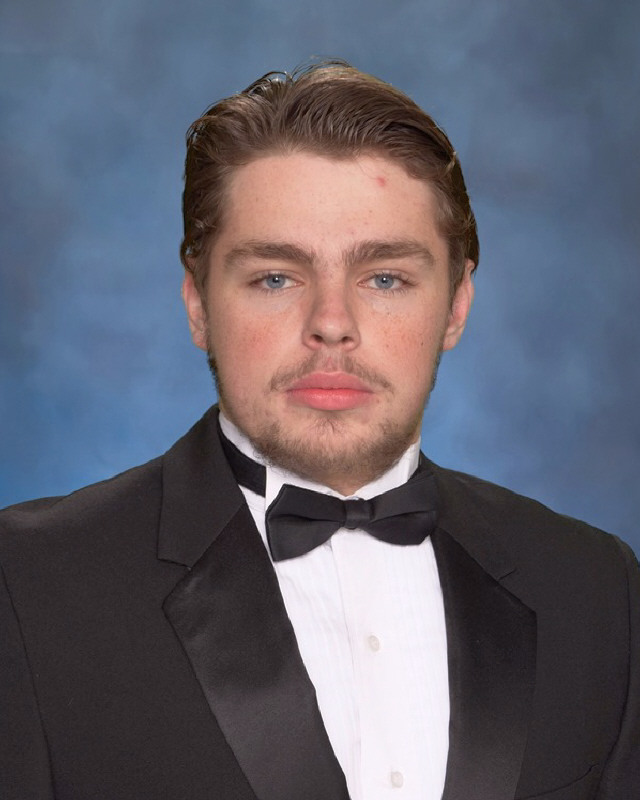 Holden Goucher is a senior at Knox County High School. He is the son of Patrick Goucher and Beth Hunolt. He is involved in football, baseball, FCCLA, FBLA and dance teams.

Holden says his favorite school memory is when his good friend Elliot Ogden hit him in the face with a baseball and he realized his front tooth had broken in half. Holden also shared that he is most proud of his achievements and success in football and his academic achievements. Holden says his favorite teacher is the business teacher, Mrs. Wriedt.“ She is very kind and understanding,” he said.

The most influential person in Holden's life has been his dad because he has taught him to love the “best football team in the NFL.” Three things on Holden’s bucket list are to get a great job, meet Patrick Mahomes and Alex Smith, and become an assistant coach for Andy Reid. Holden describes himself as funny, outgoing and intelligent.

In 10 years, Holden sees himself working and having a life away from Knox County. As of now, his future plans consist of going to college to focus on getting a business degree.