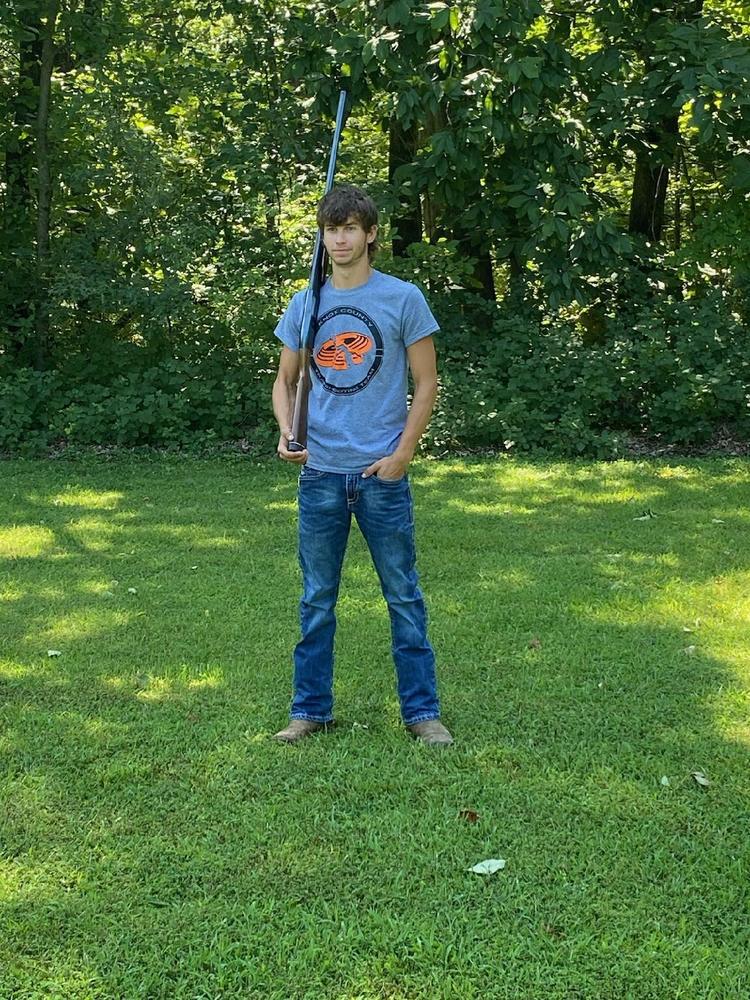 Zach Jansen is another member of the Class of 2022. He is the son of Scott and Kim Jansen. He is involved in FFA and Trapshooting and also volunteers at the fire department in Knox City.

Zach shares that he is most proud of his family farm because it’s been in his family for over two generations; his grandpa did everything he could to start it out and his dad made it grow as the years went by. In three words Zach would describe himself as caring, hardworking and determined.

His favorite subject in school throughout the past four years has been his shop classes, with Industrial Technology teacher, Rich Green. Zach's favorite school memory also happens to come from one of these classes. During freshmen year, senior Tristan Poor decided to try and start his dirt bike in the shop. When he did this the throttle stuck wide open on it, making it pin against the wall so they almost had to pull it out. Business teacher, Mrs. Wriedt is Zach's favorite teacher. He said, “She is always there to help me whenever I have a problem.”

The most influential person in his life would be his dad because he taught him almost everything he knows. His father had an impression on him by teaching him about good morals, resulting in where Zach is today.

If Zach could do anything he wanted for one day he says he’d spend it on the farm, and if given the opportunity to go back in time, he says he would try harder in school.

Zach sees himself hopefully farming and having his own cattle operation in the next ten years. His future plans are to either get a mechanics degree or get the qualifications needed so he can become a crop duster pilot.