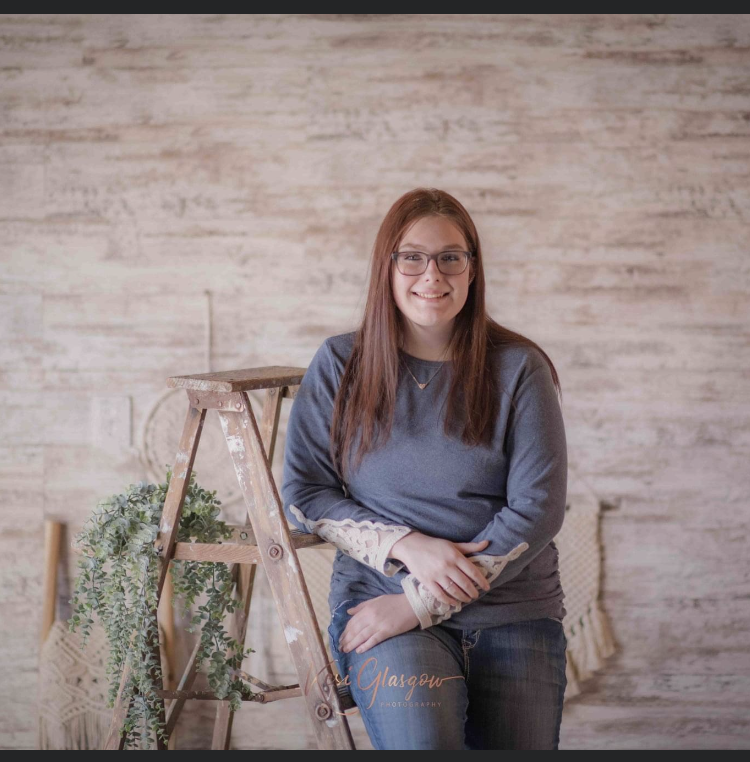 Alexandrea Kelsey is a senior at Knox County High School. She is the daughter of Cristie and Matthew Johnson and Matthew Kelsey. Alex is involved in FCCLA and FBLA.

Alex said she is proud of making it this far in her high school career and describes herself as anxious, quiet and creative. She also said her favorite teacher has been Family and Consumer Sciences teacher, Mrs. Huchteman, because she has a lot of classes with her. She also mentioned Mrs. Huchteman treats her well and is nice to her. Alex shared she has attended Knox County High School for eight years and she doesn’t have a favorite school memory because she doesn’t enjoy school that much. The most influential person in her life has been her father because he pushes her to do things that she needs to do and he is really smart.

One thing that Alex wants to do before she has kids is to get a good-paying job. Alex wants to attend culinary school because her mom attended one as well. She has chosen this path because she has found that she actually isn’t a bad cook and likes cooking. Alex said she prefers to cook savory foods such as casseroles, chicken, and full-course meals for supper. Following school, her goal is to become the chef that does it all. She wants to prepare, cook, plate the food, and serve it. Although, she does not want to own her own restaurant because it would be too much work and wants to focus on cooking.

Alex plans to attend college at Auguste Escoffier School of Culinary Arts in Austin, Texas. In ten years, she sees herself having a job, having a house, and maybe a family. She hopes to live somewhere far away from Edina after college.