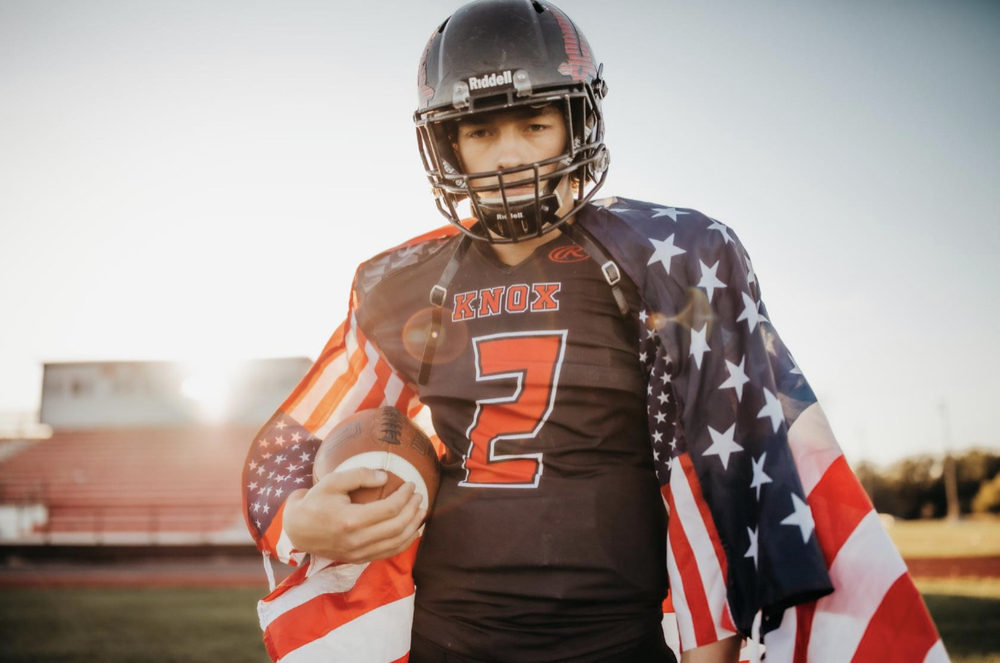 Carter Reese Marble is a senior at Knox County High School. He is the son of Tony and Kyane Marble and is involved in football, basketball, baseball, trap shooting, FFA and Spanish Club.

Carter says his favorite school memory was a time when he was yelled at by his football coach, Mr. Bruce Vannoy, and, after, he refused to talk to Coach Vannoy for the rest of the week. Carter says he is most proud of his achievements and success in football this year and also the awards he has received because it shows just how hard he has worked. Carter says his favorite teacher is shop teacher, Mr. Green. “He just understands me and all his classes are things I like to do.”

The most influential person in Carter's life has been his dad because he has taught him many things that have helped him be successful in life so far. Three things on Carter's bucket list are to go skydiving, to start his own business and he also said he would really like to try elk hunting. Three words Carter would use to describe himself are funny, straightforward, and charming.

In 10 years, Carter sees himself working to have a successful life. As of now, his future plans consist of going to college to focus on getting a business degree. He also says he aspires to be named the “Sexiest Man Alive.”