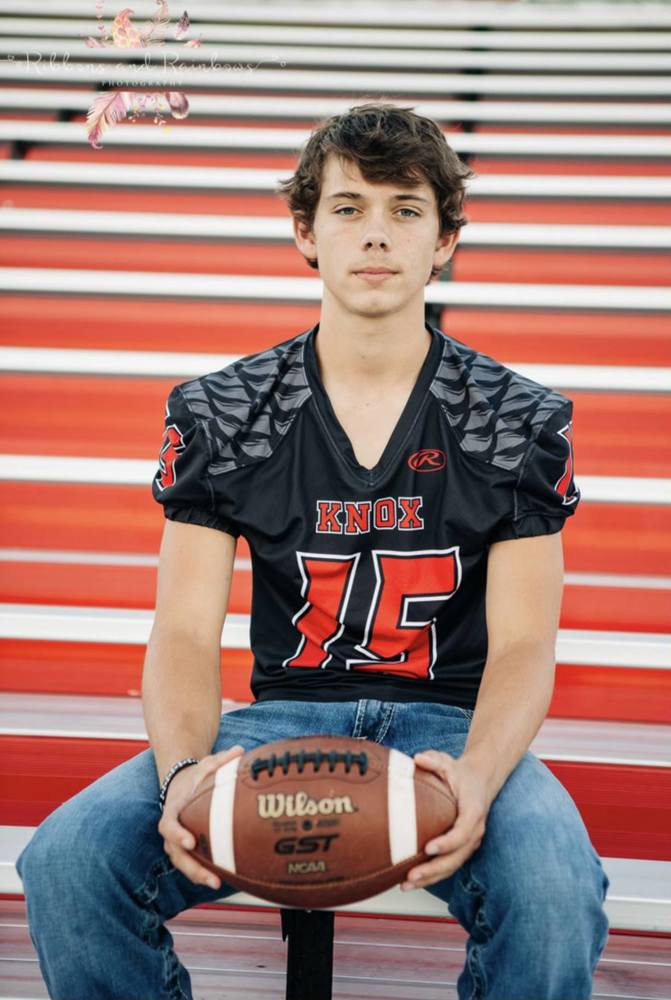 Braydon Russ Miller is a member of the 2022 class. He is the son of Russ and Erin Miller. He is involved in baseball, basketball, football, FFA, and trapshooting.

Braydon's favorite memory of high school was telling the younger kids that a fish was sleeping when it was dead at the FFA petting zoo. Braydon couldn't pick a favorite teacher and said he has enjoyed classes with both Mr. Green and Mr. Vannoy.  “I really like Mr. Green because he has taught me multiple things and is a great teacher. I also really like Coach Vannoy because we have always gotten along and he is one of the funniest people I know.”

"Funny, outgoing, and handsome" are three words to describe Braydon.  He shared that his parents are the most influential people in his life. Braydon says they have supported him no matter the situation and made growing up fun. "I know they will always be there for me and appreciate everything they've done over the years."

Braydon has big plans for the future and hopes to fulfill several bucket list items in the near future. He wants to go on an elk hunt in Mexico, travel to South Dakota to kill Merriam turkeys in the Black Hills, and win a district championship in baseball.

Braydon's future plans are to attend college and study agronomy. He then hopes to continue working back on the family farm. In 10 years, he sees himself working on the farm and in a good financial situation.