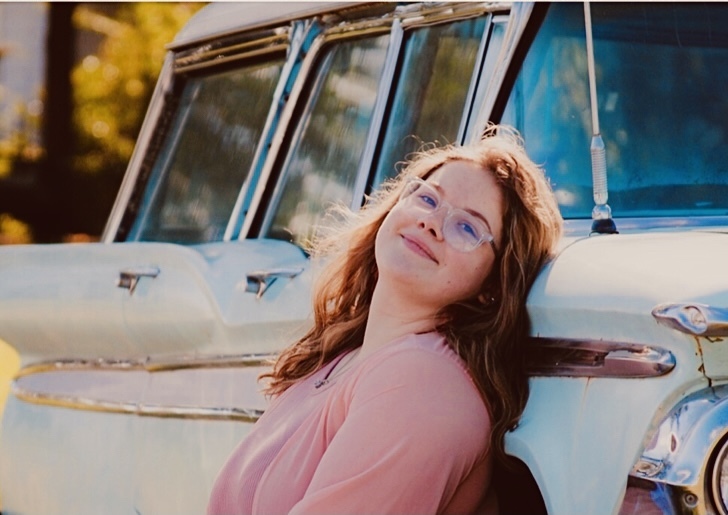 Matilyn Grace Parrish is a senior at Knox County.  She is the daughter of Heather Parrish and Aaron Parrish. Matilyn is involved in FCCLA, FBLA, Art Club, The Nest, and NHS.

Matilyn is most proud of working two jobs while going to school and working in the school store, The Nest. In the school store, she designs and makes items such as the earrings that have been for sale for the holidays. She also designed the logo for the school store. Her favorite school memory is being able to dissect animals and bugs in her Botany and Zoology class her sophomore year. Her favorite teacher is Family and Consumer Sciences, Mrs. Keli Huchteman because they relate on a lot of things and she is really nice.  “I feel like she is more like me than the other teachers,” she said. She also shared that science teacher. Dr. Nuhn is her second favorite because he is funny and laid back.

The most influential person in Matilyn’s life is her mother. She said, “She’s taught me pretty much everything I know; I’ve learned a lot from her and she’s raised me.”  Three words Matilyn would use to describe herself are hardworking,  intelligent, and determined. Her bucket list includes traveling to Alaska, going to the beach again for a longer stay, and adopting a dog. She hopes to adopt a dog because it would be cool to adopt rather than shop for an expensive dog.

Matilyn plans to attend college at Moberly Area Community College for two years to use her A+, then attend a different college to get her bachelor's degree and become a teacher. While teaching, she plans to further her education to get her master's degree. Matilyn plans on living around Edina after college because she doesn’t want to go too far from her family. In ten years, she sees herself with some kids and hopefully working at Knox County as a high school science teacher.