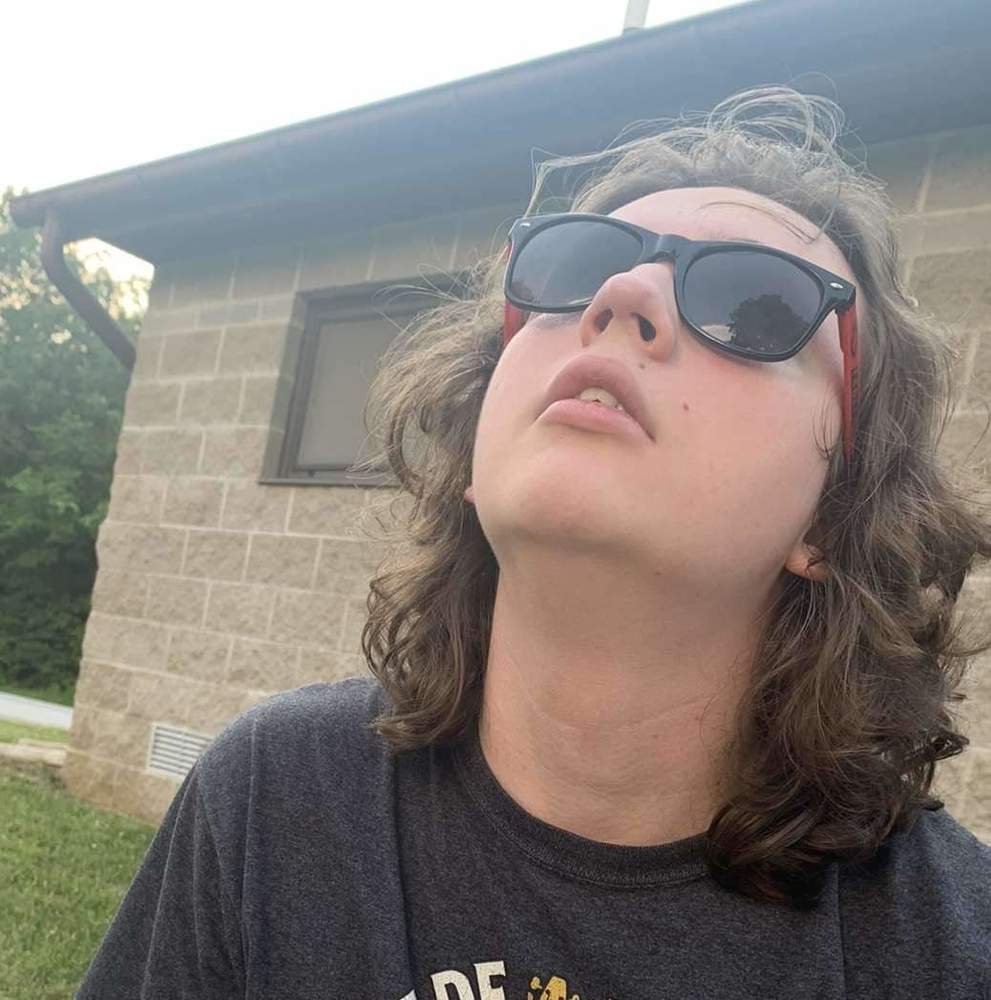 Dylan Joseph Powers is the son of Tara and the late Joseph Powers. He is involved in Art Club, Student Council, Spanish Club, Yearbook, NHS, Eagle Nation News, class president, and band. Although Dylan is a busy guy, he enjoys going for walks, and editing videos, and he also mentioned he loves to chill in his car, in one spot, open the sunroof, look at the sky, and listen to the sounds of nature.

Dylan said his favorite teacher is band teacher, Ms. Lisa Blake. He says she is very good at boosting her student's self-confidence by giving them encouraging words when they are feeling down. Dylan also says that he has a very good student-teacher relationship with her because “She makes it feel like you guys are just hanging out like you're homies.” Dylan also shared that art teacher, Mrs. Lucas, and math teacher, Miss McNabb are also at the top of his list.  He says Mrs. Lucas is a chill person and Miss McNabb is a great teacher, and he loves her attitude. Dylan's favorite school memory was when he was in Drama club his freshman year, and they did a Clue production. He is very proud of it because it was such a big play, and they made it a successful production. Another of his favorite memories is going on field trips, especially with the band. He was originally not going to join band, but then out of a coincidence, he decided to rejoin band after he thought he lost the love he once had for it. Dylan says that one thing he will miss most about being in high school is being in an environment where he is forced to be sociable with people. He also thinks that whether the interactions are good or bad, he doesn't think students will realize how much they miss that.

Dylan says that his most creative way to get out of a lesson was to keep talking to past teacher Mr. Kerr so he would get distracted and not hand out assignments. The advice that Dylan has for incoming freshmen is to use the next four years to figure out who you are. He says that in middle school, there is a lot of trying to fit in and see who you are. But you don't fully become yourself like you do in high school. He also says, “During freshmen year, you're going to feel on top of the world, but in reality, you’re not. As the next three years go by, that's your time to start trying to become a better person and be more confident in yourself. You also don't even have to know what you want to do with your life, but focus on becoming a better person.”

Dylan says that one thing he wants to do with his life is to travel. He sees himself living in a small house or apartment, something that won’t be too expensive to keep up with, and working a full-time job. He also hopes that he moves away from Knox County. His future plans are currently undecided.