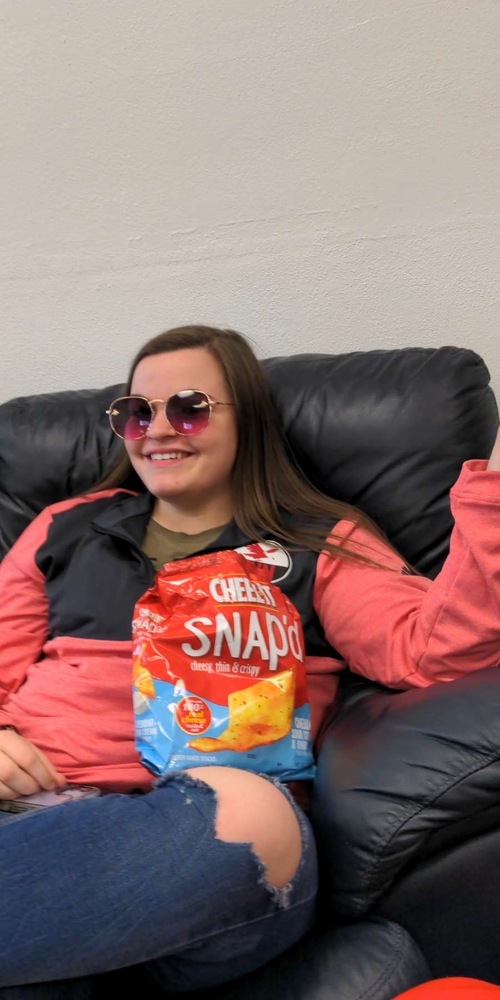 Hailei Denice Schultz is the daughter of Toni and the late Toni Schultz. She has been involved in SWAT, Eagle Nation News, yearbook, Spanish Club, School Store and cheerleading.

Her favorite teachers are split between Mrs. Greenley, Mrs. Barnhill, and Mrs. Huchteman. “I feel like I can tell them anything, and they always push me to do my best,” she said. Her favorite school memory occurred this year when she got to be a part of the production of the School Store. This year, her classmates and her teamed up with Mrs. Huchteman, the FACS teacher, to create a full store with clothes and accessories that they designed and made. They even have a website, which Hailei created in her SWAT class.

Something on Hailei's bucket list is to go skydiving. She would also like to travel; some places that she would like to go are to the Blue Lagoon in Iceland and to see the Northern Lights. In Hailei’s free time, she likes to do things that make her happy, such as listening to music and hanging out with her friends. Three words she would use to describe herself is humorous, blatant, and assertive.

Hailei says that she is going to miss seeing all of her friends and teachers. She says to incoming freshmen that even though high school is going to be super stressful and hard at some bits, it's very important to make sure you have fun.

In the future, Hailei sees herself having a good job, living somewhere else, and doing great things. She currently lives in Knox City and wants to move away to somewhere with better opportunities. Hailei plans to attend Paul Mitchell esthetician school in Columbia after graduation.